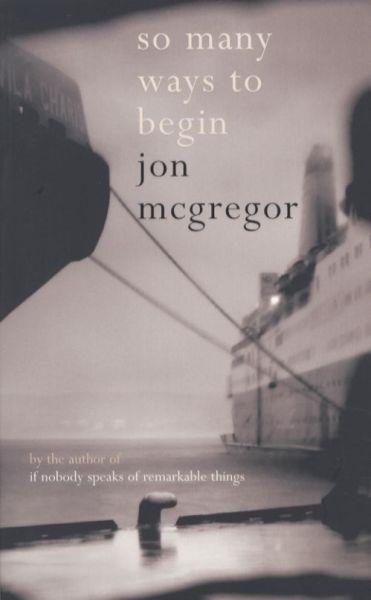 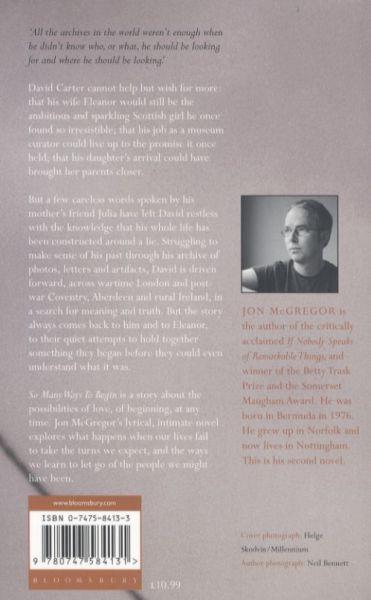 SO MANY WAYS TO BEGIN (édition en anglais)

In this potent examination of family and memory, Jon McGregor charts one man's voyage of self-discovery. Like Kazuo Ishiguro's The Remains of the Day, So Many Ways to Begin is rich in the intimate details that shape a life, the subtle strain that defines human relationships, and the personal history that forms identity. David Carter, the novel's protagonist, takes a keen interest in history as a boy. Encouraged by his doting Aunt Julia, he begins collecting the things that tell his story: a birth certificate, school report cards, annotated cinema and train tickets. After finishing school, he finds the perfect job for his lifetime obsession-curator at a local history museum. His professional and romantic lives take shape as his beloved aunt and mentor's unravels. Lost in a fog of senility, Julia lets slip that David had been adopted. Over the course of the next decades, as David and his wife Eleanor live out their lives-struggling through early marriage, professional disappointments, the birth of their daughter, Eleanor's depression, and an affair that ends badly- David attempts to physically piece together his past, finding meaning and connection where he least expects it. Jon McGregor lives in Nottingham, England. His first novel, If Nobody Speaks of Remarkable Things, was nominated for the Booker Prize, shortlisted for the 2003 Times Young Writer Award, and won the Betty Trask Award and the Somerset Maugham Award. Praise for If Nobody Speaks of Remarkable Things (a Book Sense 76 pick): A Booklist, San Francisco Chronicle, and Los Angeles Times best book of the year "Captivating…a keen sense of detail and a lyrical writing style."-San Francisco Chronicle "McGregor's sharp eye and broad sympathies show…a sizeable talent."-Kirkus Reviews "McGregor's poignant debut examines in loving detail the lives of the inhabitants of a single block."-Publishers Weekly "McGregor inv